The shrimp Sclerocrangon zenkevitchi is one of many bottom-dwelling species in the Pacific Northwest that must adapt to changing environmental conditions. | © Photo: Anna Lavrentjeva

Warning signals from the sea

ews from the depths of the ocean: Scientists from the Senckenberg Research Institute and Natural History Museums have analyzed a total of 18,668 distribution data of bottom-dwelling marine animals and found that the most important factor for many species communities is water depth. In a study published in the journal Frontiers in Marine Science, they were also able to show that other known factors such as water temperature, silicate content, light and currents play a decisive role in patterns of community composition. These findings are an important milestone in understanding how species communities might respond to environmental change. The researchers urge more focus on differences among seafloor-dwelling communities in responding to future climate and environmental changes.

About 252 million years ago, the largest mass extinction in Earth's history occurred: Within a few thousand years, about 95 percent of life in the ocean disappeared at that time. This phase marked the end of the Permian age and the beginning of the Triassic epoch. The main triggers for the event were global warming and ocean acidification favored by the rise in CO2. For marine fauna, this meant death. And there are warning signs from the sea again - "Considering the many marine species that have become extinct over the past centuries and millennia, as well as predictions of possible future species extinctions as a result of global warming, another mass marine extinction may currently be underway," Dr. Hanieh Saeedi, lead author of the study from the Senckenberg Research Institute and Natural History Museum in Frankfurt, Germany, cautions. 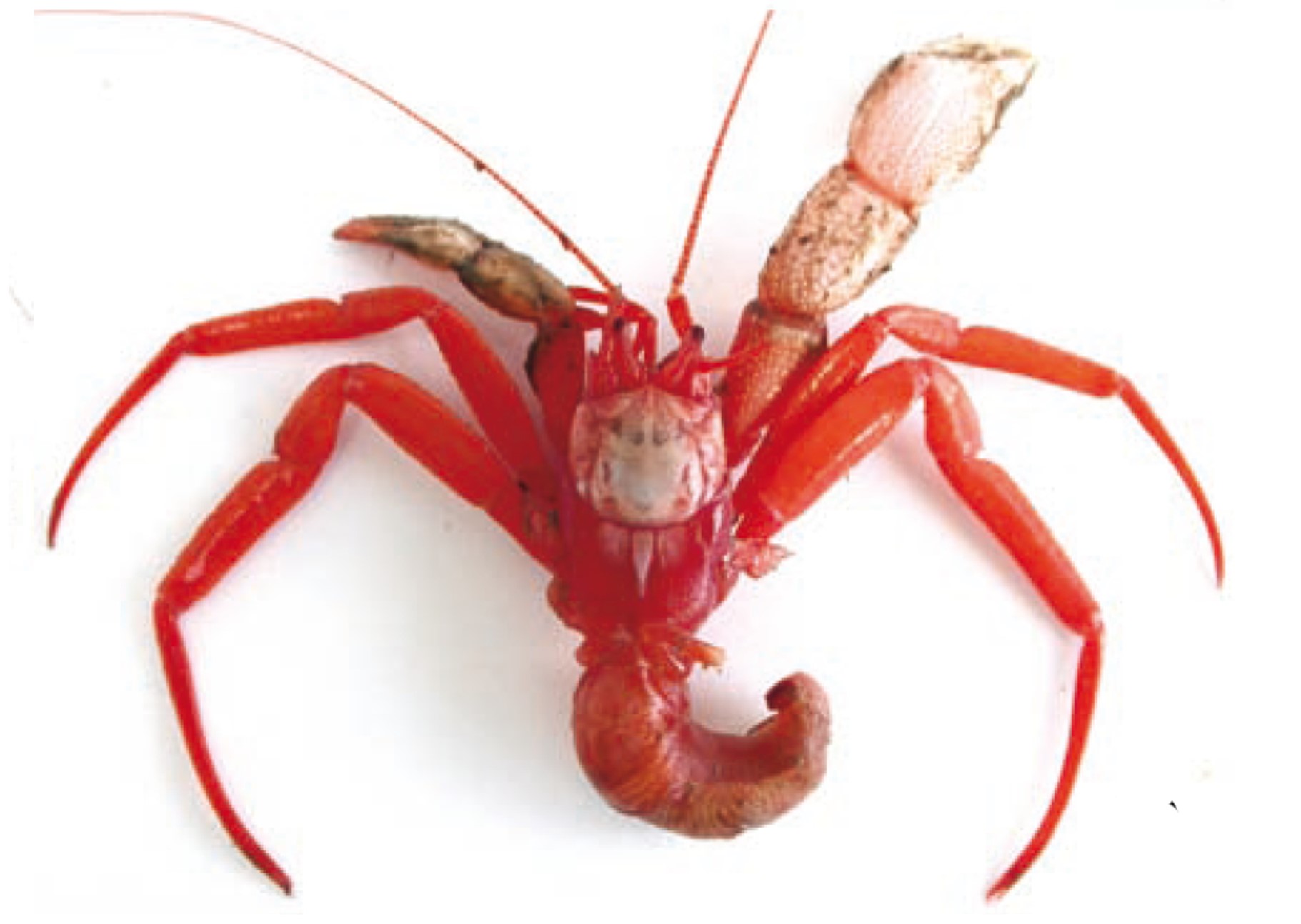 The bottom-dwelling marine animals were captured for research purposes at depths of up to nearly 11,000 meters. Photo: Komatsu & Komai

For the sampling, the team went deep beneath the ocean's surface: up to 10,900 meters, Saeedi's research team conducted a baseline assessment of the biodiversity status and community composition of shallow-water and deep-sea fauna along the Northwest Pacific and Arctic Oceans. "We were particularly interested in what environmental factors influence the composition of organisms living on the seafloor," Saeedi said. Using the data, the team was able to identify a trend of decreasing species richness in higher latitudes and deeper waters, peaking in the coastal waters of the eastern Philippines. "Surprisingly, the main factor affecting the composition of most faunal communities in the Northwest Pacific and adjacent Arctic seas is depth, not temperature," Saeedi explains.  Based on the findings, the research team concludes that many bottom-dwelling organisms respond very differently to future climatic changes because of their different characteristics. International conservation efforts and habitat preservation should therefore apply measures that take into account the differences among soil-dwelling organisms in their response to future climate changes. "This will facilitate the implementation of appropriate conservation management strategies and the sustainable use of marine ecosystems in the Northwest Pacific and Arctic - also to forestall mass extinctions like those that occurred at the Permian-Triassic boundary," Saeedi concludes.