rain surgery is invasive and risky. But a new technique makes it possible to eliminate tumor tissue in a highly precise and gentle fashion. The key: laser light. Surgeons at the University Hospital in Zurich are among the first in Europe to apply this technique.

The human brain contains roughly 86 billion nervous cells. Through their complex interconnections, they control nearly every process imaginable inside your body. They are the reason why we can perceive and navigate the world around us. So one has to be extremely careful when tinkering with this delicate system.

One type of surgery which meets this criterion is called 'stereotactic laser ablation' (SLA). It allows neurosurgeons to eliminate tumors deep inside the brain without damaging any of the surrounding tissue. The Zurich surgeons learned how to perform stereotactic laser ablations in the United States, where the method has already been in use for many years. It was approved by the European Union only recently.

‘Stereotactic’ means that the process is monitored using magnetic resonance imaging (MRI) and computerized targeting systems. The stereotactic method has been used for some time to perform needle biopsies. However, the removal of brain tumors by conventional means requires exposure of the tissue, so open surgeries have been the norm — until now, that is.

The new procedure is much less invasive. Only a thin laser catheter needs to be inserted into the brain to target the area where the tumor is growing. A three-millimeter wide incision is made and a tiny hole is drilled in the skull. The laser heats up the tip of the catheter, which kills off the surrounding tissue. The resulting debris is later broken down by the body itself. 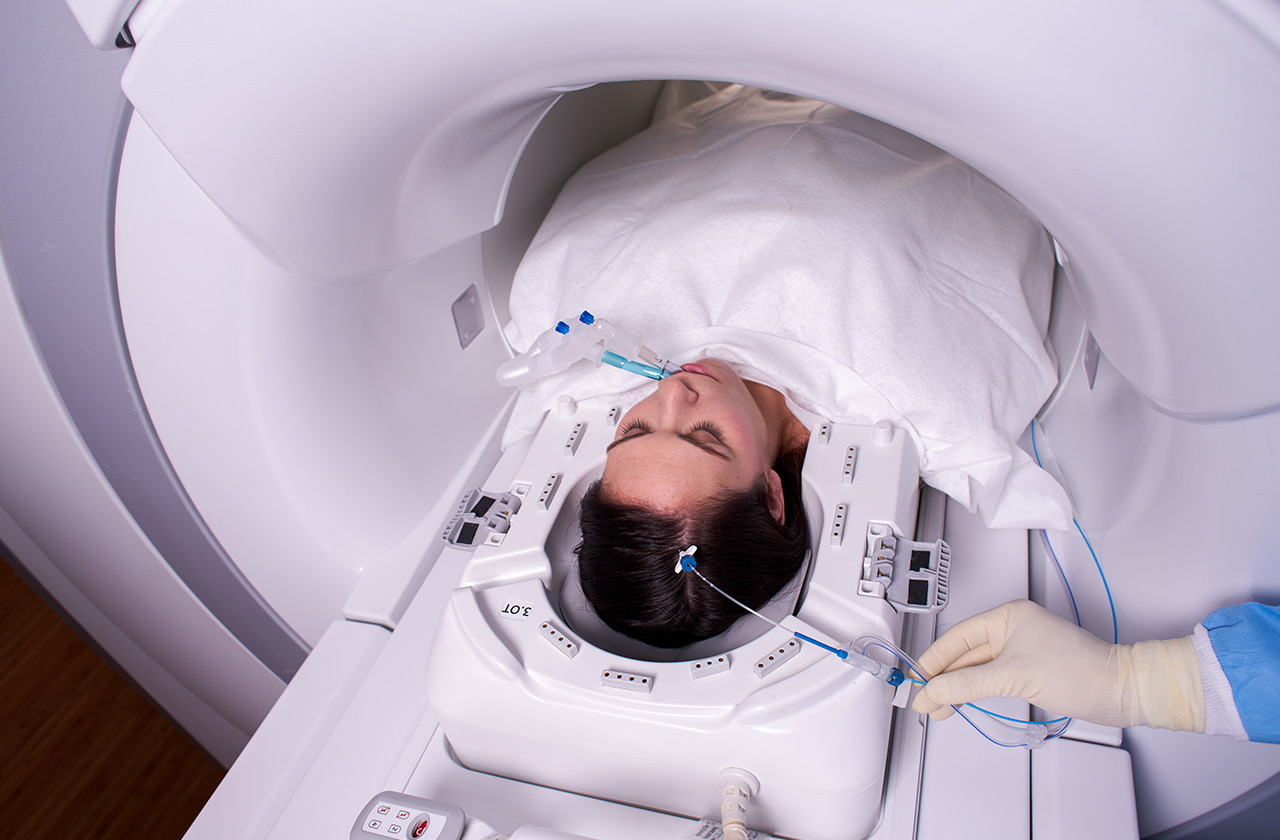 Every four seconds, the MRI measures the temperature of the tissue. The area treated successfully can thus be determined mathematically, because cells must be exposed to certain temperatures over prolonged periods of time to reliably eliminate them. The process is extremely safe, for it is aborted automatically when a specified temperature limit is exceeded. And this threshold can be set differently for different parts of the brain. The risk of infection is also minimized.

Despite these advantages, however, stereotactic laser ablation will not replace conventional brain surgery. That’s because SLA is only suitable for targeting tumors that are small and are located deep within the brain. The laser can only destroy tissue that lies within a radius of 1 cm of the catheter. This means that tumors larger than 2 cm across would have to be treated using multiple catheters simultaneously.

Thus, according to Dr Oliver Bozinov, Vice-Chairman of the Clinic for Neurosurgery, SLA will not revolutionize medicine. “It is nonetheless a valuable addition to the surgeons’ toolbox,” he says. The first two operations performed at the University Hospital in Zurich were completely successful. In future, the procedure will permit lesions deep inside the brain to be effectively treated in a manner that spares the surrounding tissue.