he High-Speed Camera in the Photon Lab – the student laboratory at the Max Planck Institute for Quantum Optics – is a pretty nimble instrument. It can take pictures at rates of up to 11,000 per second!

High-speed cameras are used to dissect processes which take place so fast that they cannot be perceived by the human eye or captured by conventional cameras. They make it possible to ‘prolong’ the duration of these short-lived processes from well under a second to several minutes, effectively ‘slowing down’ the motions of which they composed. High-speed cameras have meanwhile become very versatile. Not only do they find application in many areas of research, they have become a part of everyday life. To cite only a few examples, they are used to create special effects in movies and to record crash tests in the automobile industry, to analyse the vibrations of the vocal cords in medical practices and to monitor the operation of industrial assembly lines. Apart from their size, weight and internal complexity, the feature that distinguishes these cameras most clearly from conventional ones is that the information they record can be read out very fast. On average, they can capture around 3000 images per second, which means that huge amounts of data must be processed within very short intervals. The principal design challenge consists in finding ways for a downstream computer to read out the reams of data stored in the camera’s memory chip as rapidly as possible. The high-speed camera in the Photon Lab can take as many as 11,000 pictures per second, provided that the data-processing setup can cope with such an acquisition rate. Given that conventional movie cameras expose only 24 frames per second, this represents an enormous number of images. But owing to the limited capacity of the datalink, there is always a trade-off between quality and quantity – either the camera produces lots of photos at low resolution or far fewer images that are of high quality. 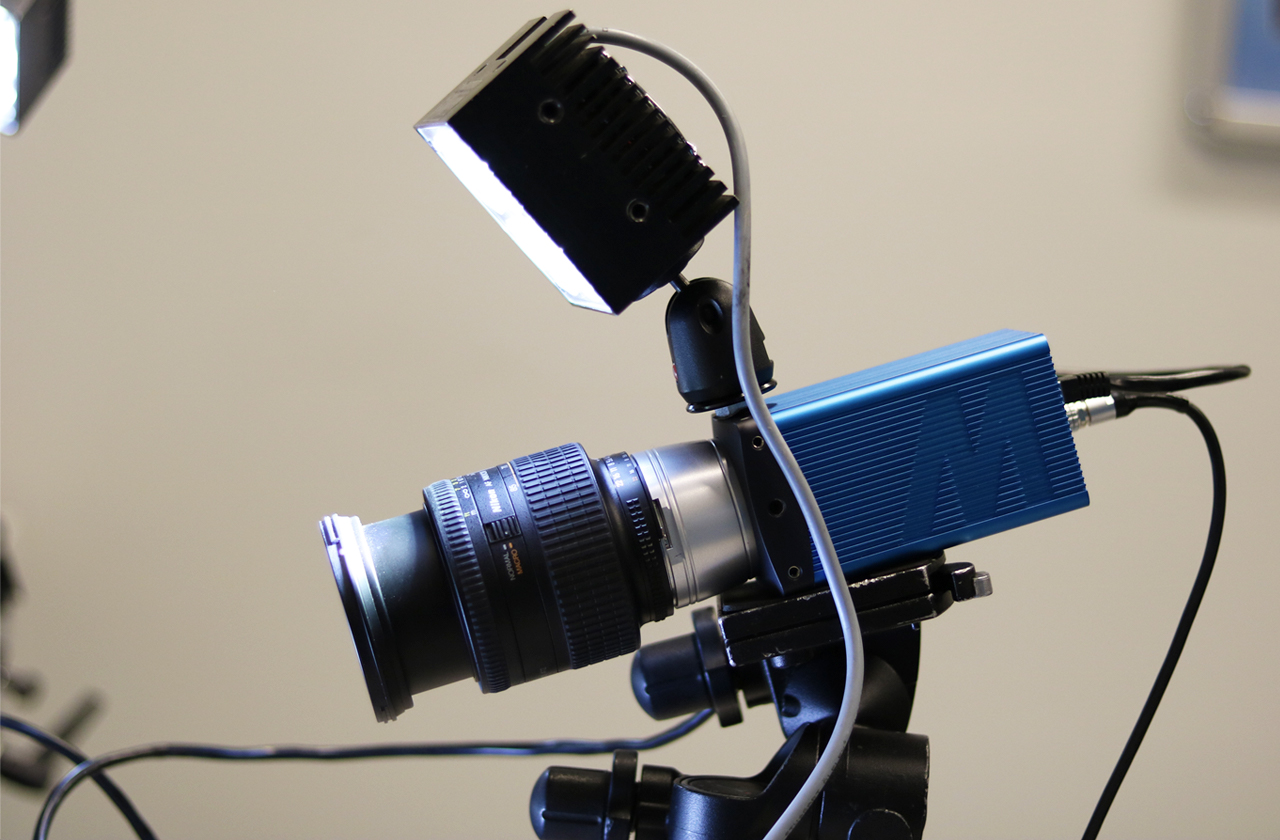 The German Young Physicists’ Tournament (GYPT 2020) provided an opportunity to put the camera in the PhotonLab through its paces, testing its ability to detect problems with high temporal resolution. “Because the camera is extremely delicate and its assembly is very time consuming, it’s used only on special occasions, such as for seminars and tournaments,” Silke Stähler-Schöpf, Head of the PhotonLab, told me. In addition, the camera’s electronics place limits on its performance. On the one hand, the camera can record very rapid motions, such as that of a bullet fired from a gun. But to resolve even faster processes in laboratory research, special cameras that work with sequences of very short light flashes are required. This is where attosecond pulses come in. They can be used to track electron orbitals in atoms.

During the GYPT, the high-speed camera was employed to resolve the temporal dynamics in a number of experiments. Karan Tiwana, who works at the PhotonLab, recorded these experiments, and in a short interview explained the set-up of the experiments and how the videos were produced. The videos show in slow motion what happens when small amounts of flour or salt are aimed at a soap bubble. With the aid of the high-speed camera one can follow how the salt penetrates the bubble, while the grains of flour adhere to its surface. So the experiment demonstrates that the denser material can get through the surface membrane, while the less dense flour remains on the surface. The reason for this difference in behaviour lies in the surface tension of liquids – in this case, water. The cohesion is supplied by the network of hydrogen bonds formed between the water molecules, and is modulated by the soap molecules. Salt is dense enough to break through the barrier created by surface tension – but flour is not. The demonstration of the high-speed camera’s capabilities on the day of the tournament was a complete success. Without its capacity to resolve the temporal course of the soap-bubble experiment, the eye of the observer could not have discerned what was happening at the surface of the soapy film.