View of the exposed section of the ancient meridian line of the Horolgium Augusti below the basement of the residential building in Via di Campo Marzio in Rome. | © Photo: Lalulpa

The horologium of the Roman Emperor Augustus informed not only about the passing of time, but also about the pretensions and status of its builder.

In front of the Palazzo Montecitorio, today's seat of the Chamber of Deputies of the Italian Parliament, an imposing sight awaits the traveler to Rome: with a shaft length of almost 22 meters, an ancient Egyptian obelisk with hieroglyphic inscription has been rising into the sky here since 1792, and one may rightly ask what this object, which in the context of its installation seems to have fallen out of time and space, is all about. Historians and archaeologists can give an answer to the origin and history of this stone stele, which was rediscovered in Rome in five fragments only in the middle of the 18th century. The obelisk originally dates from the 6th century B.C. and was erected during the reign of Pharaoh Psammetich II in the Egyptian city of Heliopolis, an important center for the worship of Ra, the sun god. 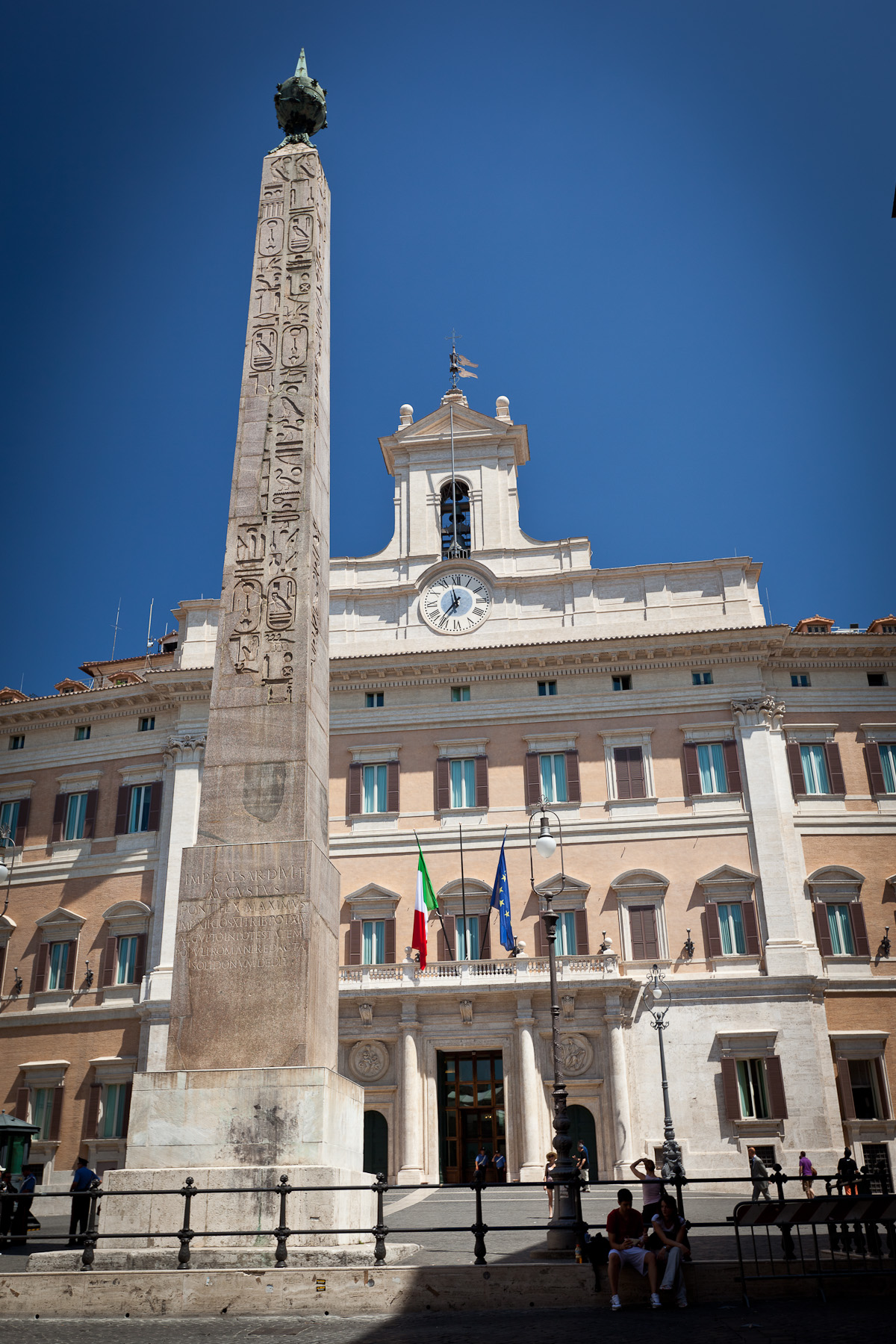 The obelisk of the Horologium Augusti has stood in front of the Palazzo di Montecitorio since 1792. (Photo: jimmyweee)

Obelisks are square monolithic stone pillars that taper toward the top and are crowned by a pyramidal finial. Ideologically, they are considered a manifestation of a ray of the divinely revered sun, thus creating an emblematic link between earth and the celestial realm. Their shadows, which change throughout the day, were metaphorically interpreted as the daily journey of the sun god on his barque from east to west. Thus, the obelisk, which reflects the unchanging course of the day and the seasons, is also a symbol of divine world order. With their phallic towering appearance, made of a single block of hard stone like granite, which defies weathering with an eternal claim and outlasts the times and thus made the hewing and breaking, the transport and the erection a sheer effort, they also embody the power and status of the respective ruler, who had them erected not entirely altruistically as a supposedly submissive votive gift in the sun sanctuaries. 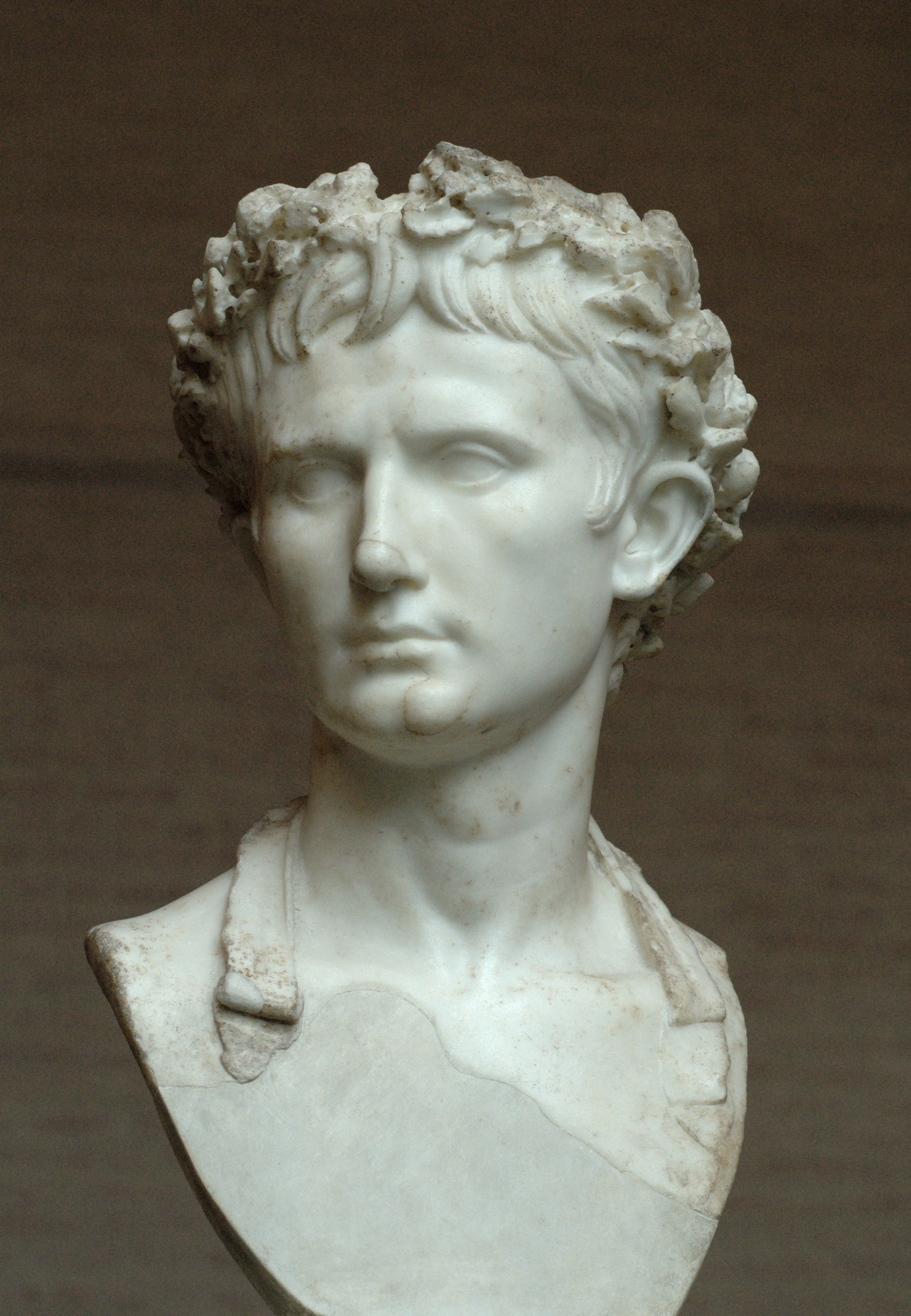 Augustus, 63 BC to 14 AD was the first emperor of the Roman Empire. Here his portrait from the Glyptothek in Munich.

Augustus, the first Roman emperor, who secured sole rule in the Roman Empire in 31 B.C. with his victory in the naval battle of Actium against Marcus Antonius and Cleopatra VII, had Psammetich II's obelisk transported to Rome in 10 B.C. as primus inter pares during his reign, where it was installed as part of a large-scale complex on a five-meter-high pedestal and crowned by a sphere almost 2,000 years before its current location on what was then the Campus Martius. From a purely functional point of view, it served there as a gnomon, a shadow-casting pointer, a form of sundial. The use and function of sundials are already documented for ancient Greece, whereby the Greeks, according to the historian Herodotus, had in turn adopted them from the Babylonians. For the Augustan system for measuring the course of time, a later description has been handed down by the Roman historian Pliny the Elder, who later became a victim of the eruption of Vesuvius around Pompeii in the year 79. after Christ. Thus, the latter reports that:

"Augustus used the obelisk on the Campus Martius in a remarkable way, namely to cast a shadow to mark the length of the days and nights. A paving was laid out, so adjusted to the height of the obelisk that the shadow of the obelisk touched the corner of the paving on the shortest day. The shorter and longer shadows were measured by bronze markings in the marble."(Pliny, Hist. nat., 36.72)