hat do lasers have in common with cameras and electrons with horses? Superficially, not too much. And yet this question conceals a tricky solution to a problem: How can motion sequences be detected at high speeds that can no longer be grasped by the naked eye?

In America at the end of the 19th century, it was once a high-stakes wager whose experimental confirmation was to provide certainty in the controversial question of whether there is a flight phase in the horse's motion sequence in which the animal lifts all its legs off the ground. Leland Stanford, politician, entrepreneur and founder of Stanford University in California, which was named after him, supported this thesis. He hired Eadweard Muybridge, a pioneer of the still-new medium of photography, in 1872 to prove it. 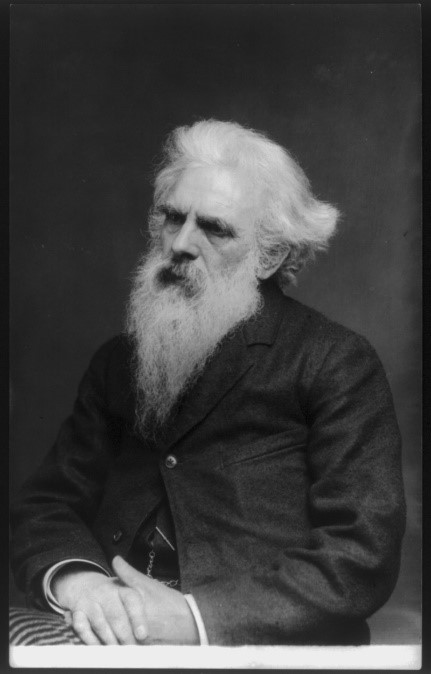 Eadweard Muybridge (1830-1904) was a pioneer of the still new medium of photography.

But with the rudimentary and at the same time complex camera technology, fast shutter speeds were not possible, so that the first photographs merely revealed a blurred shadow of the horse scampering by at high speed. Spurred on by the task, Muybridge optimized his methods until he was actually able to provide evidence of a phase of the horse's flight in which all four hooves are close together underneath the horse's trunk. He thus proved the fantasy of painters wrong, in whose pictures horses had hitherto appeared to be hovering, but with all four legs stretched far away from them. 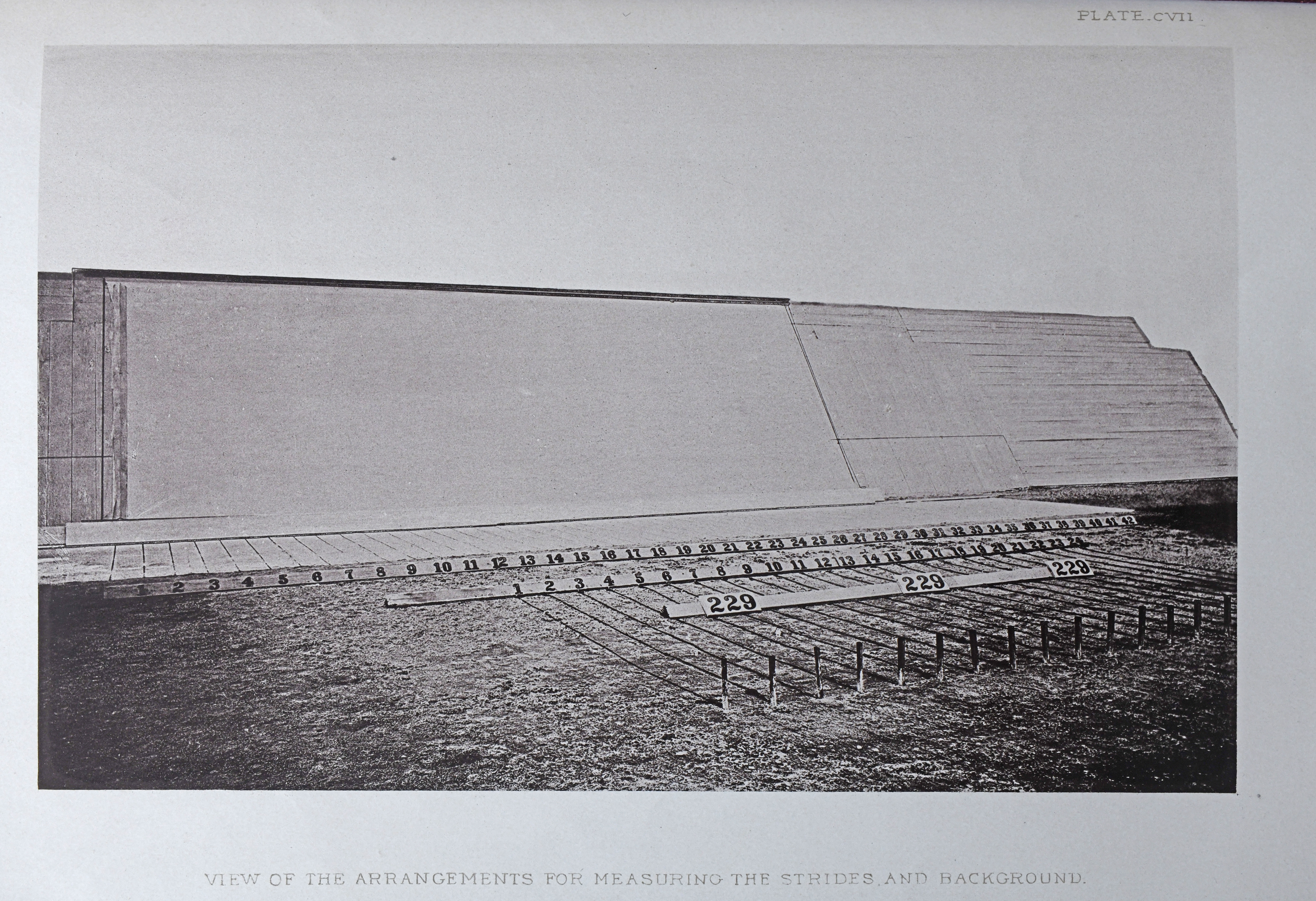 Muybridge's test track at the Paolo Alto Ranch in California.

In 1877 he expanded his documentation on behalf of Stanford. On the Paolo Alto Ranch in California, he built a test track with the goal of capturing the entire movement of a horse in a series of photographs. Across the field of the racetrack, he stretched strings, that were cut through the horse's run, thus activating a total of 12 cameras at regular intervals, one after the other, via remote release. By doing this, the individual phases of movement in trot, walk, canter and jump were impressively documented in front of a white wall. Muybridge's innovative photographs, which were published by Stanford in the volume "The Horse in Motion," became a sensation and established chronophotography.

Muybridge's serial photographs of motion studies were instrumental in the later development of film.

Muybridge continued to develop his technique and published numerous famous serial motion studies of animals, athletes, and men and women in everyday situations against a soberly gridded background in the course of a research commission, thus performing invaluable pioneering work for subsequent developments such as the medium of film.

With today's camera and transmission technology, we are now accustomed, for example from video evidence in sports, to obtaining precise individual shots of motion sequences in real time, as well as to measuring athletic performance in competitions in hundredths and thousandths of a second.

But in the subatomic realm, the world of electrons, motion sequences occur much more rapidly, so that basic physics research was unable to detect these short periods for a long time. Like Muybridge once did, ultrafast researchers had to devise methods and develop correspondingly elaborate technical apparatus in order to be successful here as well. With the help of so-called attosecond physics, which is derived from the Danish word "atten" for the number 18 and thus describes a time interval of 10-18 seconds, the observation of electron movements in real time was achieved for the first time in 2001.

Comparable to the serial images of a camera with short exposure times, controlled, coordinated ultrafast laser pulses lasting only a quintillionth of a second ensured the successful detection. In 2008, this even earned an entry in the Guinness Book of Records for the shortest light flashes measured to date, with a duration of just 80 attoseconds. Today, this record has already been broken again, proving that research, like horses and electrons, is always on the move.