esearchers at the University of Cambridge have developed floating leaves that generate clean fuel from sunlight and water and could perhaps be used on a larger scale in the ocean.

A small river in Cambridge had the honor of serving as an outdoor test lab for a team of researchers from the university based there. The scientists floated small artificial blades on the river that provided energy from the water and sunlight. 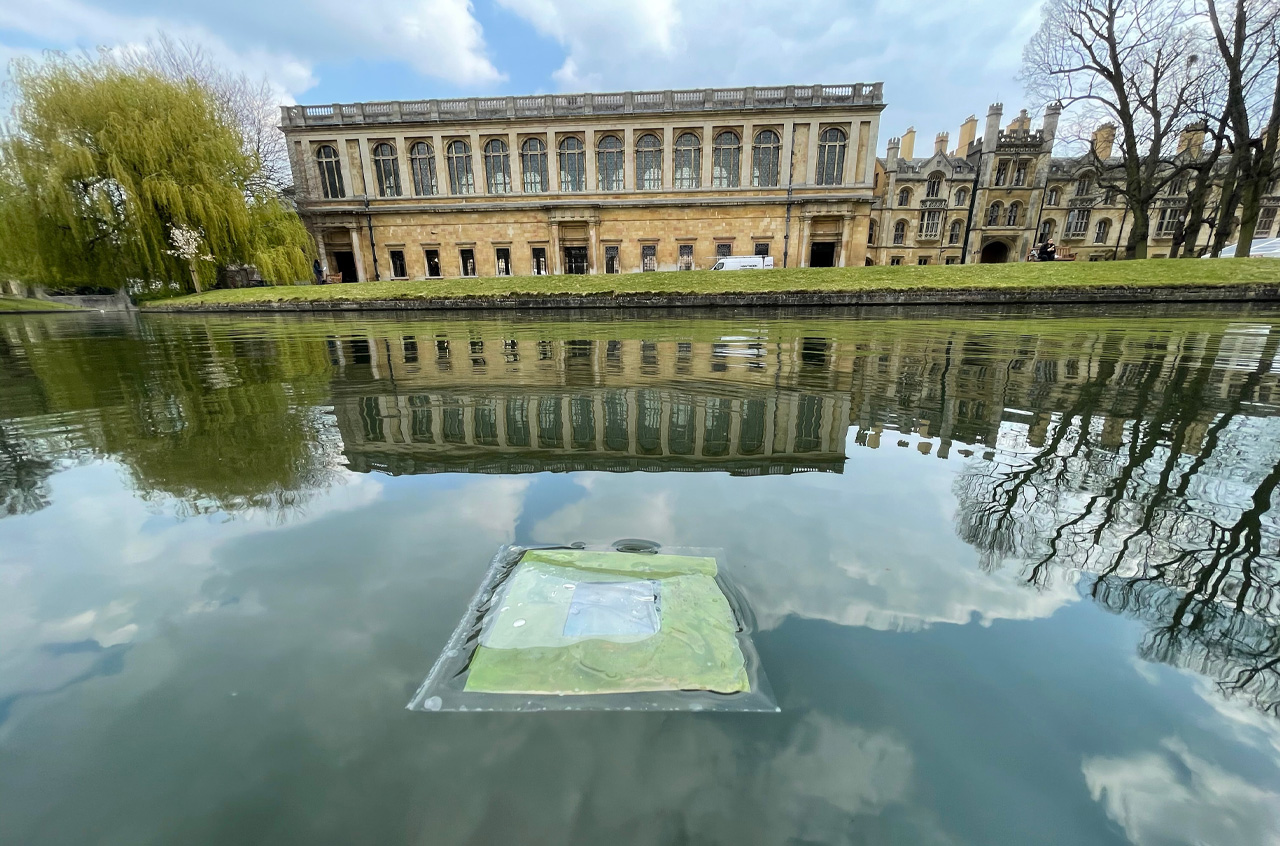 An innovative bundle of energy floating on the water.

For several years now, the research group led by Prof. Erwin Reisner at the Department of Chemistry at the University of Cambridge has been working on alternative solutions for gasoline based on the principles of photosynthesis. Back in 2019, they developed an artificial leaf that produces synthesis gas - an important intermediate for the production of many chemicals and pharmaceuticals - from sunlight, carbon dioxide and water. This prototype produced fuel by combining two light absorbers with catalysts. However, it contained thick glass substrates and moisture-protective coatings that made the device unwieldy.

Now the researchers have fixed the problem. They have applied the light absorbers to lighter substrates. The result: ultra-thin, flexible energy providers inspired by photosynthesis. Now the low-cost, autonomous blades are light enough to float and generate energy at the same time. The scientists tested a prototype of these fuel producers right there on the spot.

The modules consist of a polymer backing on which two light-absorbing photoelectrodes made of perovskite and the bismuth vanadium oxide have been combined with organic semiconductors. The structure is complemented by catalysts and a layer of carbon nanotubes. This results in a flat, flexible module that uses sunlight as an energy source for an electrochemical reaction. This splits water and CO2. Depending on the catalyst, it produces hydrogen or a mixture of carbon monoxide and hydrogen - known as synthesis gas.

This is the first time that clean fuel has been produced directly from water. This could be a milestone in energy supply and benefit the maritime transport business in particular. While technologies for renewable energy, such as wind and solar power, have become significantly cheaper, environmentally friendly energy supply, at sea, is hardly an issue. Around 80 percent of global trade is transported by cargo ships that run on fossil fuels. Yet this sector has received relatively little attention in discussions about the climate crisis. This is where the new fuel production method could come in, the researchers hope.

An ecological energy source that will hopefully soon be ready for series production.

Improvements are still needed before it is ready for the market. But the new results open up prospects for industrial use, the researchers believe. If the artificial blades could be designed on a larger scale, they would help reduce the global shipping industry's dependence on fossil fuels on polluted waterways, in ports or on the high seas. This would require solar farm-style spreading of the artificial blades in the ocean. "Solar farms have become popular for electricity generation. We envision similar farms for fuel synthesis," Andrei says. This could be used to power coastal settlements and remote islands, cover industrial ponds or prevent evaporation of water from irrigation canals, the researchers suggest. "Many renewable energy technologies, including solar fuel technology, require a lot of space on land, so shifting production to open waters would mean that clean energy and land use are not competing," Andrei adds.