new study carried out by botanists at Tübingen University shows that plants are able to evaluate the density and height of neighboring vegetation and modify their own growth habits accordingly.

Plants can detect and react strategically to various forms of competition for light resulting from the encroachment of other plants in their vicinity. Biologists at Tübingen University’s Institute of Evolution and Ecology have now shown that, when the height and growth density of nearby competitors reduces the amount of photosynthetically active radiation available to test plants, the latter can choose the most appropriate response to the prevailing conditions.

Plants can sense both the level and the spectral quality of the light that impinges on their leaves, and stable alterations in these parameters ‒ a change in the ratio of red to far red light, for instance ‒ signal the presence of nearby competitors. In principle, the disadvantaged plants could ‘choose’ to adopt a ‘confrontational’ policy, which involves re-allocating resources so as to outgrow the competition. Alternatively, they might ‘decide’ to tolerate the competition by adjusting the composition of their photosynthetic complexes so as to optimize their use of the light available. Moreover, species that propagate clonally by means of stoloniferous roots (runners) have a third option: they could ‘choose’ to outflank their competitors by growing horizontally to avoid the shade and re-establish their place in the sun.

“These three strategies for coping with competition for light are well known,” says Michal Gruntman, first author of the new study. “What we wanted to know was whether plants can in fact choose between these alternatives in response to the height and density of the competition.”

The researchers worked with the clonal plant known as creeping cinquefoil (Potentilla reptans) and grew it under various conditions that mimicked those associated with different competitor heights and densities. In order to realistically simulate competition for light with nearby plants, they used vertical strips of transparent green plastic as filters to modulate the degree of shading of their test plants. These filters not only alter the level of photosynthetically active radiation, but also the ratio of red to far light intercepted by the leaves. By varying the height and the density of these strips, the team was able to mimic the shading effects of different heights and densities of competing vegetation. 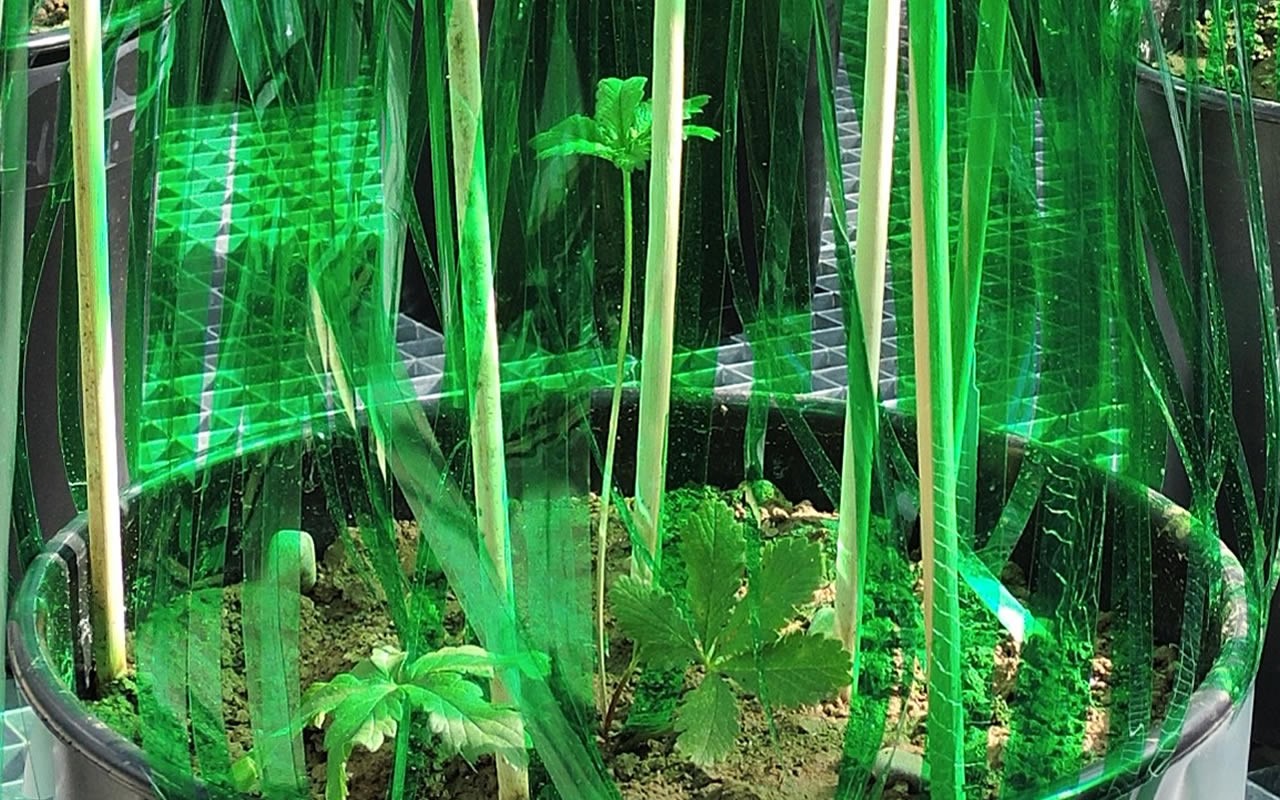 The results show that P. reptans is indeed capable of ‘deciding’ between the three available strategies, depending on the nature of the competition. The plants invested in vertical growth when the quality and intensity of the light simulated the presence of dense but short neighboring vegetation ‒ i.e., competitors that would be difficult to outflank by lateral growth but were short enough to be outgrown vertically. In response to tall and dense competition that could not be effectively outdone by either the confrontation or avoidance strategy, the test plants developed a high level of shade tolerance. And in the case of tall but sparse growth of competitors, the most frequent response was the avoidance reaction, i.e. lateral growth via stolons to escape from the shade.

“The results demonstrate that plants can assess the density and competitive capabilities of neighboring vegetation, and respond in an appropriate manner,” says Gruntman. This ability to choose between diverse modes of reaction could prove particularly useful in an environment in which plants grow in the vicinity of neighbors that differ in size, age or density, as it allows them to adopt the optimal strategy depending on the circumstances. The experiments underline the fact that plants are in a position to integrate complex combinations of information about their immediate environment and react in the most appropriate fashion.