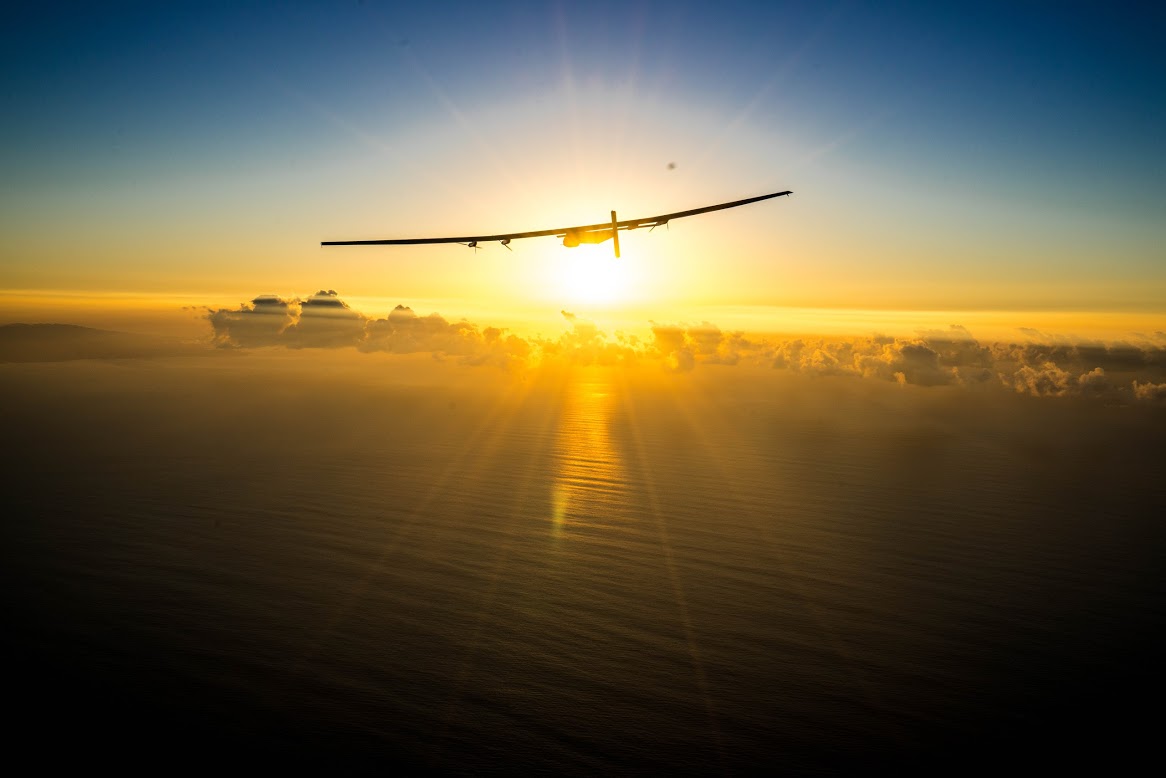 Round the world on solar power

efying the fate of Ikaros, two intrepid pilots recently completed a round-the-world flight powered by the rays of the Sun. Their specially designed aircraft, Solar Impulse2, completed the trip without consuming a drop of fossil fuel.

Bertrand Piccard and Andre Borschberg have written a new chapter in the history of powered flight. In mid-July, their aircraft Solar Impulse2 landed safely in Abu Dhabi, having flown the 43,000 km around the globe in 17 stages. It is the first time this feat has been accomplished with the aid of solar power alone. The journey also had all the hallmarks of an adventure, not only for the crew but also for their support team on the ground. For Solar Impulse2 is a single-seater, i.e., its only passenger is – the pilot. So Piccard and Borschberg took the controls on alternate stages.

The ground crew couldn’t afford to relax either, for there were times when the whole project was close to failure. Battery failure interrupted the flight for several months. And, early in the the longest leg of the trip, the automatic pilot (which monitors course and altitude when the real pilot is asleep) began to act up. However, on that occasion, owing to the wind conditions, pilot Andre Borschberg did not have the option of turning back. Borschberg is a trained fighter pilot, and went on to master the extreme difficulties he encountered, and was able to land the Solar Impulse2 safely in Hawaii. Because of the limitations on space and payload, the pilot’s seat did triple duty as bed and toilet. He later told reporters that yoga exercises helped keep him fit on the 5-day flight from Japan to Hawaii. Nevertheless, on his arrival, a physiotherapist had to give him a thorough massage before he was able to climb out of the cockpit. On this section of the trip, Borschberg also set up new world record for the longest uninterrupted solo flight: He was in the air for more than 118 hours.

The flight-plan was determined by the fact that Solar Impulse2 has to fill its batteries during the day in order to be able to make it through the night. Each morning, the pilot (equipped with an oxygen mask) took the plane to its cruising altitude of around 8500 m, climbing into the rising Sun. At night the craft was allowed to glide down to a height of 2500 m, an altitude at which energy consumption could be kept to a minimum.

The Solar Impulse is made of carbon fibre and looks like a gigantic glider, with a wingspan of 72 m designed to accommodate no less than 17,000 solar cells. The solar radiation harvested by these cells drives the four electric engines, as well as charging the batteries that propel the plane during the hours of darkness. The craft’s record-breaking flight began in Abu Dhabi on March 9th 2015, and took it via Oman to India and China, across the Pacific and the US to New York, followed by the transatlantic leg to Sevilla and on via Cairo to Abu Dhabi.

The Solar Impulse2 has a maximum take-off weight of 2.3 tons and a maximum payload of 1.6 tons, with much of the latter being accounted for by the batteries and the pilot. In comparison with a conventional passenger jet, which has a take-off weight of several hundreds of tons, the aircraft is of course an ultralight affiar. However, as well as demonstrating daring and endurance, its round-the-world trip also showed that solar-powered flight on a larger scale is highly unlikely. The energy density available from ambient sunlight simply cannot provide enough power for this purpose. However, aeronautics experts are confident that it will be possible to build electric engines sufficiently powerful to drive passenger airliners. These, however, will not be powered directly by solar radiation, but will most probably depend on a combination of hydrogen fuel cells and high-performance batteries.